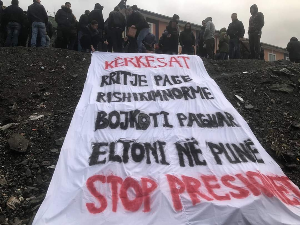 The Trade Union of United Mineworkers of Bulqiza (Albania) announced its formation on 17 November 2019. Five days later, the chairman of the union was dismissed by AlbChrome, part of a very powerful corporation (Balfin) and the biggest mine company operating in the region. In response, the workers boycotted work demanding the reinstatement of their union leader and subsequently an end to worker repression, and higher wages. In the days that followed, other union leaders and activists were temporarily detained and interrogated by the police. On December 2, AlbChrome fired another member of the union executive committee. Under attacks from the employer and the police, as well as under a total media blackout, which has clearly sided with the richest man in Albania, the workers decided to close their strike with the promise by the local labour inspectorate that the issue of the dismissal of trade unionists will be taken up by them. The dismissal of the two trade union leaders has serious repercussions not only for the future of the union, but also for the families of these two workers. Although the export revenues from chromium reach over 100 million euros per year, families in Bulqiza are amongst the poorest in Albania and their survival depends on the mines. Meanwhile, the attacks on the union have continued. On December 12, another member of the union executive committee was given a warning of dismissal and demoted to a work position for which he has no previous experience.

UNI Commerce calls upon trade unions and workers worldwide to urge Castorama to re-instate 10 trade union activists in Poland. Castorama is a brand of Kingfisher PLC, a British multinational home improvement company which employs 12,000 workers in 80 stores in Poland. NSZZ Solidarnosc Commerce, an affiliate of UNI Commerce, launched an organising campaign for Castorama workers. The employer intensified its union-busting activities since September 2018 and recently dismissed all 10 union leaders in Castorama Poland, including Wojciech Kasprzyk, the chairperson of Castorama Poland "Solidarity" Trade Union. The employer tried to justify dismissals on the grounds of "carrying out activities to the detriment of the company" and "damaging employer's image". However, they were simply using internet platforms and social media to help workers and get them organized. They also wanted to express their opinions about the employer's hostile attitude towards unions and avoidance of social dialogue. The union and workers are fighting back. International solidarity might empower Castorama workers in Poland in their fight and push the employer to revise its decision. You can support Castorama workers in Poland by sending a message to the CEO of the company and the local management.

The Education International (EI) invites workers worldwide to condemn the intensification of the harassment and repression against its affiliate, the Alliance of Concerned Teachers (ACT), in the Philippines. One ACT provincial coordinator was arrested in a new crackdown against unions and civil society organisations in the country. The repression operations are ongoing and ACT fears that more of their members could be targeted. The union had to temporarily close an office to ensure the security of its staff, members and officers. The anti-union climate under the Duterte regime has caused unionists, teachers and academics to fear for their rights and safety. Raymond Basilio, ACT General Secretary, has received multiple death threats since January 2019. The teacher union is red-tagged by the government. Union activists are unlawfully profiled by the Philippine National Police and put on lists of 'terrorists'. Two ACT teachers were recently shot at in their classroom by masked men, in the presence of their students. EI is deeply concerned by the latest developments that are further deteriorating the human and trade union rights situation of workers in the Philippines. 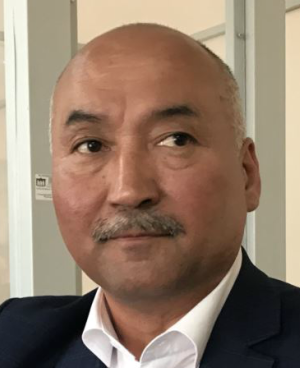 In July this year, Erlan Baltabay, a leader of the Independent Oil and Energy Workers' Union in Kazakhstan, was sentenced to seven years in prison on politically motivated charges. A huge international union mobilization followed, including a LabourStart campaign signed by thousands calling for his release. He was released from prison in August after being pardoned by the President and was able to return home to his family. He has now been imprisoned again. His seven-year sentence was replaced with a fine. Baltabay refuses to pay the fine, because he is innocent. He demands the right to appeal his sentence. The Kazakh authorities have jailed him, giving him a new, five-month sentence. In the eyes of the Kazakh authorities, Baltabay's real crime is defending workers' rights. They are hoping that the international trade union movement has forgotten about him. Let's show them they are wrong. Send a message to the Kazakh authorities, urging them to drop all charges, release him from prison, restore his rights and lift the ban on conducting public activity, including trade union activity.